From Mexico to the World Radio Broadcast

This poem is also going to be played on the radio from Mexico to all over the world on Saturday and Sunday.
The audio was sent to us.
This is a true story from Brazil.
I heard about it on the news and was so moved that I wrote a poem about it.

I have also been helped by a homeless person before.

This is a time when the Corona disaster makes us think about death.

2015
In front of Sao Paulo Church in Brazil
A man, a serious criminal, held a woman hostage with a gun.
A dangerous scene is developed.
Then a man wearing a blue jacket staggers in front of him.
The unexpected development panics gun criminals.
The woman takes the opportunity to run away.
I want to help a women…
He had only that strong will.
The man in the blue jacket is homeless.
He was shot at close range, but rushed at the criminal.
The man was shot in the chest.
He fallen down weakly in front of the big church door.
He saw his beloved wife and his boy on eyelids in his fading consciousness.
“I want to meet… I miss you…”
I can finish miserable homeless for ten years.
The tip of his eyelids dying alone.
Tears of relief glitter beautifully.
Though he receave a bullet,he did not feel a pain.
His wife and children attended his funeral.
The boy is proud of his father.
*******
Homeless Person. Akemi Amanogawa Ichioca. Voz Carlos Tarrac, USA
https://www.facebook.com/permalink.php?story_fbid=4331430930297183&id=100002909557735 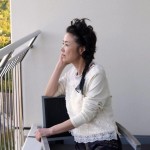